On Monday 1st December WWE, in partnership with the Clarendon Academy, hosted the first ever Key Stage One Gymnastics Competition. 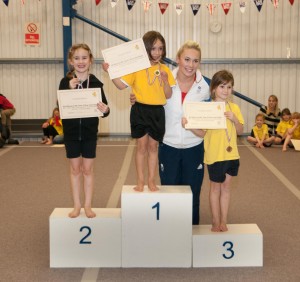 The competition was a great success, with many of the children taking part in a gymnastics event for the first time.  The competition was organised by The Clarendon Academy PE Staff, and we hope that we can all work together to host it again next year!

The medals and certificates were presented by retired Rhythmic Gymnast Francesca Fox, who is one of WWE’s coaches and who competed for Great Britain at the London 2012 Olympics.