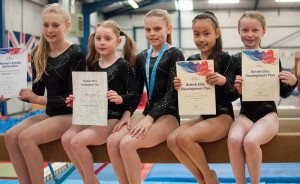 WWG is celebrating big-time this month, as five of its Squad gymnasts have achieved competition success at an unprecedented level!  Isla Mills has become the first ever Wiltshire-based gymnast to compete at and pass the new Elite Compulsory Level 5, which has been brought in at a Regional level in 2015.  Isla was one of only 10 gymnasts from the South West to compete at this level, and to cap it off she came 5th overall and achieved a Highly Commended.  Well done Isla! 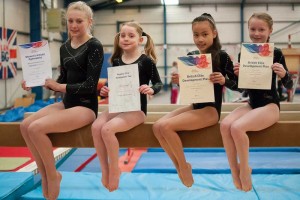 Jessica Richardson and Ashleigh Bygrave were the only Wiltshire-based gymnasts to compete at Elite Compulsory Level 4 this year, and both achieved the pass mark of 50 points.  They are the first gymnasts WWG has ever entered at this level, and both they and Isla are paving the way for the next level of Elite gymnasts at WWG.  On the same day, Catherine Hall achieved a score of 55 against a pass mark of 50, achieving a Highly Commended at National Grade 2.  Good job Catherine! 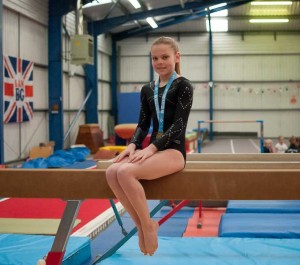 Finally, in the following week the Wiltshire Primary Schools’ Competition was held, and WWG Elite gymnast Chloe Johnston achieved the highest score over 2 pieces to come first overall and earn herself a Gold medal.

WWG is currently celebrating the end of its second year as an independent, community-based not-for-profit organisation, and things could not be going better!